Copy The Masters Of TV 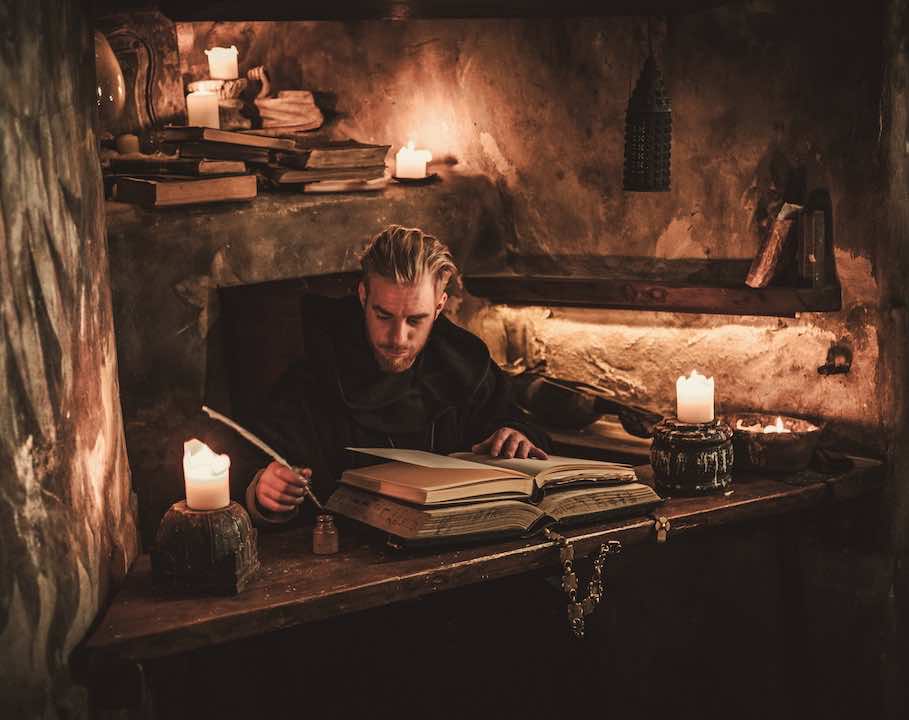 This course doesn’t have a tutor, and it doesn’t teach you the rules of screenwriting. So, here’s a question for you…

How can you write a successful screenplay without learning the tricks – and the theory – of the trade?

Well, let me ask you this: how did successful writers learn before there were screenwriting gurus and online courses?

And how did many of the greatest painters learn their skills?

They studied the works of their predecessors… and they copied.

In our Warm Up module, you are going to copy two TV series episodes of your choice.

We’ll come back later to the exact reasons why we do this. But in essence, while you are processing the transfer of the words and images from one page to the other, magic happens in your brain.

You are not just reading the script. You are internalising the story, the style, the format, and a ton more aspects of the craft.

This stage we call Osmosis Screenwriting.

But why would you perform such a laborious, time-consuming task?

You read that correctly.

I copied some of the most successful print ads ever created, and the work paid off in a phenomenal way when I sold my flagship screenwriting course The Story Series, back in 2015.

When I started investigating whether the same strategy could apply to screenwriting, I found that many successful writers and thinkers swear by this approach, and rumour goes that even Steven Spielberg advocates it.

You’ll see how after a few days, you’ll start to love this warming-up exercise. It may well become your favourite part of the course!

After your daily copying session, it is time to read great scripts.

In the next step, I’ll reveal the thinking behind this.